The Royal Regiment of Artillery, generally known as the Royal Artillery or the Gunners, provides firepower, surveillance and target acquisition for the British Army. Formed in 1716, it has been involved in almost every battle and operation the Army has fought over the last 300 years.

To celebrate the Royal Artillery’s heritage and return its internationally important historic collection to public display, we are creating a new museum on Salisbury Plain where Gunners have trained for over a century.

Through inspiring exhibitions, live storytelling and hands-on activities the museum will bring to life the history of the Royal Artillery and the bravery, sacrifice and ingenuity of its men and women. It will explore the evolution of artillery technology from the earliest medieval cannon to the latest rockets and drones.

The museum will also tell the story of the Army’s remarkable relationship with Salisbury Plain over the past 130 years, explaining why it bought land here in the first place, the training it undertakes here and the positive impact it has had on the area.

We are currently working with the Army to identify the best site on which to build the new museum, and hope to have more news on this soon. 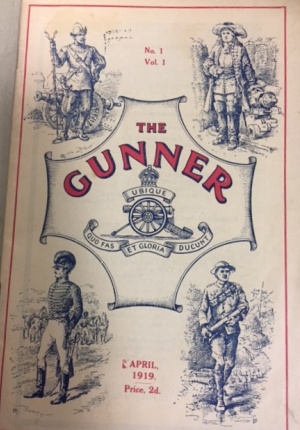 Letter from the Commanding Officer of 40 Company RGA

Find out more
View All News